What Is an Open-Concept Kitchen? 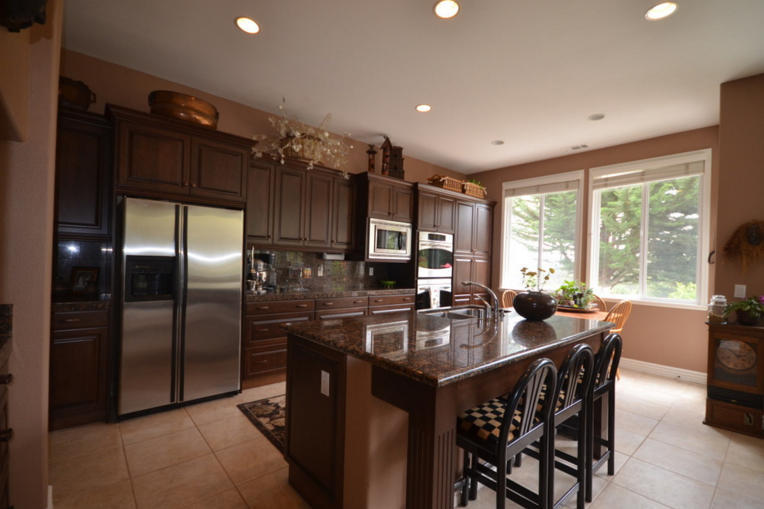 More space. Smooth traffic flow. Easy gathering. An open-concept kitchen (literally) opens up more ways for you to use your main living areas. While they aren’t for everyone, they are for a lot of people. Houzz reported that a popular poll indicated that the majority of people around the world prefer an open plan, suggesting this way of living is more than a passing fad.

What Is an Open-Concept Kitchen?

An open-concept kitchen refers to a lack of barriers in the kitchen and surrounding areas. Typically, this includes the dining room and living room, and is often collectively called the great room.

In comparison, a traditional home layout separates each room distinctly with walls and barriers. The open-concept kitchen has been popular since the ‘90s and continues to gain in popularity in home building and remodeling.

What Are the Benefits of an Open-Concept Kitchen?

Why is the open-concept kitchen so universally loved?

For starters, it makes a space look larger. Without walls blocking your line of sight, the space feels bigger and more easily accessible. Open-concept kitchens are beautiful solutions for small spaces that seem too cramped. Plus, traffic flow is enhanced. No bumping against walls as more than one person moves from room to room.

Open-concept kitchens also bring people together. In a barrier-free great room, there’s space to enjoy food prep, homework, games, and chatting — all at the same time, if needed. Your guests are brought right to the center of where everything happens — the kitchen — and that makes for a closer family feel. Whether you entertain, or like to keep your family close at hand, the open-concept kitchen is great at facilitating human connection.

Without walls blocking light from windows in other rooms, open-concept kitchens can also create a brighter space with more natural light.

And it’s important to point out that because open-concept kitchens are so popular, they add significant value to your home.

So Why Doesn’t Everyone Have an Open-Concept Kitchen?

As great as open-concept kitchens are, they come with a few cons as well.

Noise is often enhanced in the space, as there are no walls to break up the sound. Plus, there are often several people doing several different activities at once.

The mess of your kitchen will also always be on display. If you keep a tidy kitchen, this isn’t a problem, but most of us deal with kitchen clutter at least once during the day. Some people don’t mind the display of kitchen mess, but others do.

You also may sacrifice a bit of storage space in an open-concept kitchen. That’s because you’ll be down at least one wall — one wall that could have held cabinets. An island with under-counter storage is a great solution to this problem.

As open kitchens evolve and people work to improve upon the drawbacks, there are countless solutions to be found. Sliding walls or doors can close off a section for those times when you need a bit more privacy. Some people are choosing to keep the living room more separate, but including the dining room in the open space of the kitchen. Furniture groupings can also create more natural barriers while keeping the space open.

If you’re looking into remodeling your closed kitchen into an open-concept kitchen, contact New Life Bath and Kitchen in the San Luis Obispo area.